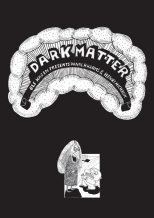 Popis produktu
anglicky
Design: Dita Lamačová a Ole Hagen
26 stran tištěných 3D barvami
Měkká vazba s vloženými 3D brýlemi
Velikost: 29,7 x 21 x 0,6 cm
Vydáno: 2010
ISBN: 978-80-86450-49-0
A shortish gent with a pebble in his eye went up to the door of a tobacconist’s shop and stopped. His black polished shoes gleamed on the stone step leading up to the tobacconist’s. The toe-caps of his shoes were directed at the inside of the shop. Two more steps and the gentleman would have disappeared through the door.

But for some reason he dillydallied, as though purposely to position his head under the brick which was falling from the roof. The gentleman had even taken off his hat, baring his bald skull, and thus the brick struck the gentleman right on his bare head, broke the cranium and embedded itself in his brain.

The gentleman didn’t fall. No, he merely staggered a bit from the terrible blow, pulled a handkerchief from his pocket, used it to wipe his face, which was all gooey from blood and brains, and turning toward the crowd, which had instantly gathered around the gentleman he said: - Don’t worry, ladies and gents: I’ve already had the vaccination. You can see – I’ve got a protruding pebble in my right eye. That was also once quite an incident. I’ve already got used to that. Now everything’s just fine and dandy!

And with these words the gentleman replaced his hat and went off somewhere into the margins, leaving the troubled crowd in complete bewilderment.
*******Kresby Ole Hagena